Back in March of this year, Senate Democrats released a detailed tax hike plan they promised to implement if given majority control of the House and Senate after the 2018 midterm elections, less than three weeks away. 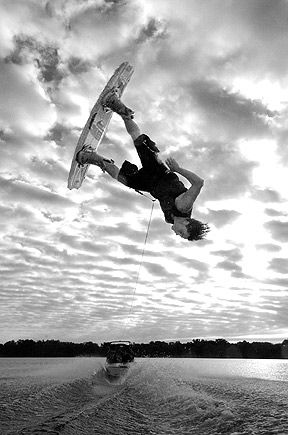 Now is a good time to look at what they promised and see how it will impact entrepreneurs and owners of small and medium-sized businesses.

Keep in mind that the Democrats—none of whom voted for the Tax Cuts and Jobs Act—have stated that they don’t want to raise taxes to reduce the federal debt. They want to spend the new tax money on “infrastructure projects” as described by Democrat senators including Chuck Schumer and Bernie Sanders at a press conference on March 7th of this year.

Here are some of the benefits taxpayers have experienced since the Tax Cuts and Jobs Act went into effect on January 1st of this year—all of which would be dramatically impacted:

In all, the Americans for Tax Reform website (www.atr.org) has compiled a list of 722 examples of tax reform good news like raises, bonuses, and benefits increases

All that positive news for businesses and taxpayers is in jeopardy if the Democrat tax hike becomes a reality.

Here are some of the Democrat tax hike plans:

Although this appears on the surface to just target the highest earning individual taxpayers, it is also a nearly 3 percent tax increase for small business owners.

30 million companies in the United States are organized as sole proprietorships, partnerships, Subchapter-S corporations, and LLCs. They pay their business taxes on their owners’ 1040 personal tax returns. Raising the top tax rate, therefore, is a direct tax increase on tens of millions of small businesses.

Increasing personal income taxes would be particularly unfortunate since workers are now seeing the results of lower rates in their paychecks. They will continue to see those bigger paydays for as long as the tax rates in the existing law remain in effect.

Up until this year, companies in the United States paid the highest corporate income tax rate in the developed world. As a result, jobs and capital were fleeing America and some politicians said those companies and jobs would never return.

With the new law, Congress cut the rate 40 percent—from 35 to 21 percent. Even that lower rate only puts the United States in the middle of the pack when it comes to corporate tax rates among developed nations. The Democrat plan would be the first step toward creeping back to higher rates again.

Not content to just endanger the substantial financial progress of individuals and businesses, the Democratic tax increase plan also goes on to call for the following:

The alternative minimum tax (AMT) forced four million upper middle-class families to calculate their income taxes two different ways . . . and then pay the higher result. This was due to a provision of the law known as the “alternative minimum tax” or AMT. Millions of additional taxpayers had to at least pay a tax preparer to run the calculation, even if they didn’t end up paying the AMT. The new tax law all but repealed the AMT for 99 percent of these families thanks to a higher AMT “standard deduction.”

Congressional Democrats would bring back the AMT, which proved especially onerous on two-income white collar families with kids in high tax localities like New York, New Jersey, and California.

Over the past few decades, no tax has proven more unpopular in every single poll than the inheritance tax, the federal tax on estates. 60 to 70 percent of poll respondents consistently called for its complete repeal. Although the new tax law didn’t repeal the death tax, it did double the tax’s “standard deduction” from $5.5 million to $11 million (and twice that for surviving spouses). As a result, far fewer family businesses and farms were subject to the tax the government levies on successful individuals even after they die.

Since the Democrat plan calls for doubling the rate that the new law cut in half, the standard deduction would return to the 2017 rate.

Instead of committing to raise taxes, Congressional Democrats would serve our clients— individual taxpayers and business owners—better if they instead worked in a bipartisan manner with their Republican counterparts to make the current “temporary” middle class and pro-jobs tax relief law permanent.