Reconsider fidgeting, daydreaming, talking to yourself, and 7 other activities your parents discouraged. 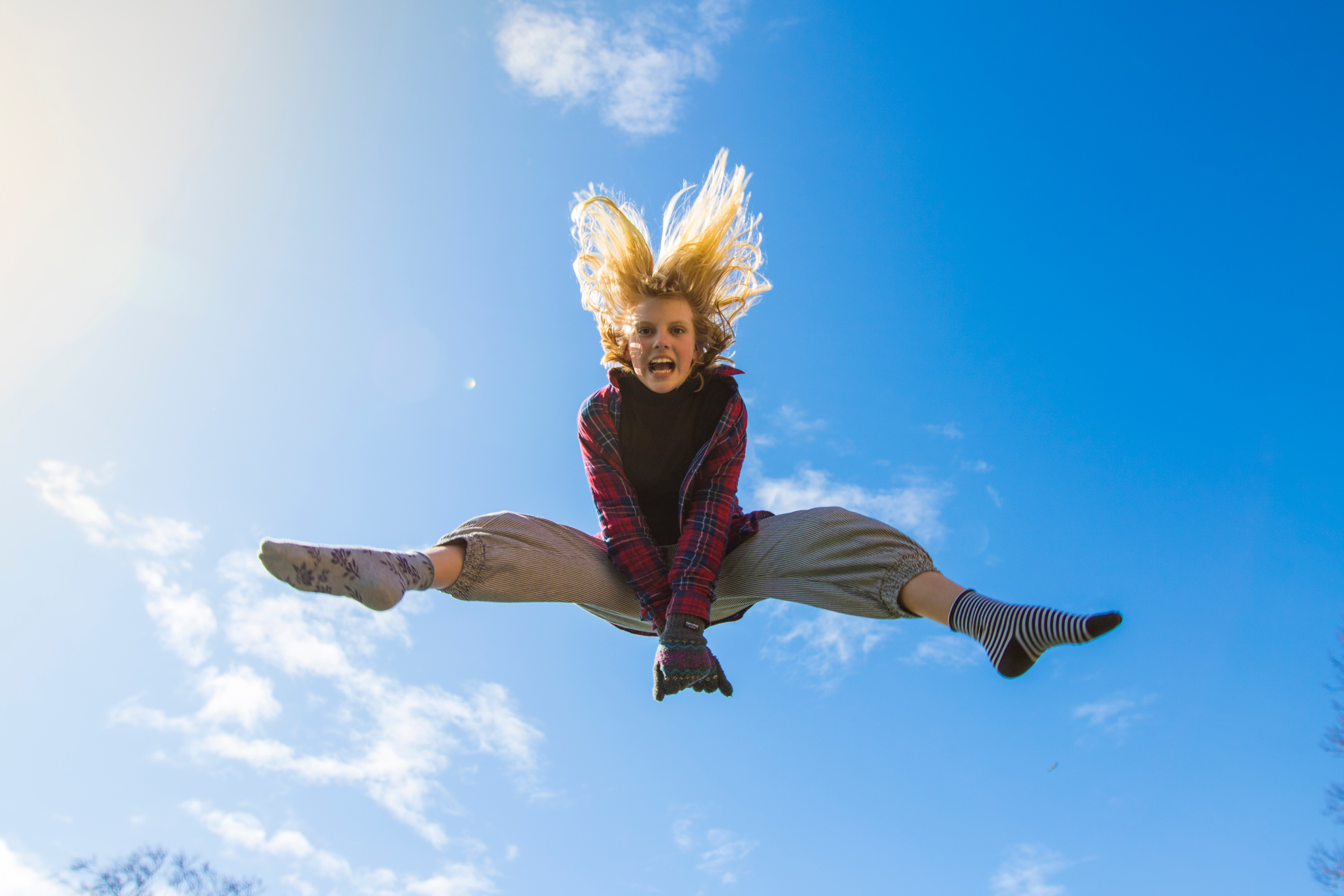 Ever had your mouth washed out with soap? Recent research reveals that cussing is actually a great way for us to let off steam. And, one study showed that people who cursed while enduring something painful had a significantly higher pain tolerance than those who “watched their language.“

In addition, some childhood banned four-letter words, can add increased emphasis and emotion when you need to get a point across.

School . . .  church . . . visiting relatives . . . the phrase, “stop fidgeting” has been a common refrain for kids throughout their formative years. From desk drumming, to hair twirling, to leg bouncing, to tapping your toe, many people have trouble staying still for even five minutes.

Although fidgeting probably annoyed your mom and a few of your grade school teachers, it turns out it can actually be a good thing, especially if you’re sitting at a desk all day. A 2016 study compared people sitting still and those who fidgeted; they found that the people who sat still had significantly lower blood flow and stimulation.

Not only that, but those who fidget, typically burn an extra 350 calories a day compared to those who don’t.

Daydreaming also gets a bad rap. And it’s not only kids who daydream; it’s a habit most of us never entirely outgrow. And that’s not such a bad thing.

Lots of research has proven that daydreaming can help you be more creative, productive and motivated. That’s because daydreaming can trigger certain areas of the brain that are typically out of reach.

Although daydreams that are too far-fetched and fantasy-based can lead to disappointment, daydreams with a realistic aspect can help motivate people to reach their goals and pursue their passions.

And, as crazy as it sounds, according to another recent study, people who say their own names while talking to themselves can think more clearly and better regulate their emotions because it causes them to think from a different perspective and detach themselves from a situation.

Drinking alcohol was outlawed in the United States from 1920 to 1933. But the current thinking is that a beer or glass of wine or two isn’t all that bad for you. In fact, some light to moderate drinking holds several benefits.

Over the past few years, multiple studies have reported that moderate use of alcohol can help you think more clearly, give your memory a boost, reduce stress and even reduce your risk of certain diseases, including heart disease, diabetes and dementia.

Heavy drinking, however, negates the positive benefits and is clearly detrimental to your health and wellbeing.

Specifically, chocolate. Despite all the warnings you heard in childhood, it turns out that stopping by the candy machine can be a good thing. A large-scale study indicated that people who eat chocolate (dark, milk or white) are less prone to strokes.

In a series of seven studies involving more than 100,000 participants, researchers compared the rates of heart disease between people who ate the most chocolate to people who ate the least —  and the results were shocking. While they found chocolate to have no effect on heart failure, they also discovered that the highest levels of chocolate consumption were associated with a 37 percent reduction in stroke compared with lowest levels. Apparently, this has less to do with physical health and more to do with the fact that chocolate helps people relax and relieve stress.

Of course, just as with drinking alcohol, heavy use of chocolate can be detrimental to your health and wellbeing due to its high calorie, fat, and sugar content.

According to Academy Award winning actress, Brie Larson: “For me, the dumbest rule is that you can’t chew gum in school. For some reason, chewing gum for me gets my brain going.”

Research shows she’s on to something there. Chewing gum can indeed help people stay focused for long periods of time.

A study observed a group of 38 people—half who chewed gum and half who did not—as they performed memory tasks such as hearing specific numbers and repeating them back. The test required multiple stages, and in the end found that people who chewed gum performed substantially better than people who did not, especially late in the test period.

It’s possible that every parent on the planet—throughout history—has uttered the phrase: “Stop complaining!” at least once.

While constantly complaining undoubtedly annoys everyone around you and gets you labeled as an ungrateful whiner, occasional, targeted complaining can have a positive impact.

A 2014 study revealed that people who complained in hopes of achieving certain results were happier than people who complained continually over life’s little challenges. So, it’s apparently fine to complain once in a while . . . but only when it serves a purpose, it’s relevant, and it’s to the right people.

Sleeping in on the weekends

While it’s long been advised to wake up at a consistent time during weekdays and weekends, it turns out that’s not entirely true. Recent findings published in the journal, Sleep, studied the sleep patterns of 43,000 people and concluded that people need an average of five to eight hours of sleep at night.

So, if you find yourself working late, waking up early and only able to get in less than five hours of sleep on weeknights, you can bring that average up by sleeping in on the weekends.

In most American households, the very thought of going to bed without being in your jammieswould be met with incredulity.

As it turns out, if you’re comfortable with it, sleeping in the nude has a slew of health benefits. For starters, sleeping naked can help regulate your body temperature because when you’re wearing clothes at night, your body can overheat, which can disrupt sleep. Staying cool at night also helps boost your metabolism because your body works to generate more heat.

And, by being cooler at night, you’ll sleep better, which in turn will reduce your stress levels . . . the more you sleep, the more the stress hormone, cortisol, decreases, helping you recover from the day’s pressures.

In addition, yet another study determined that sleeping naked can contribute to greater feelings of happiness in relationships

0/5 (0 Reviews)
PrevPreviousIf You Own a Business . . .
NextNot Going to College Isn’t a Good Excuse for Not SucceedingNext